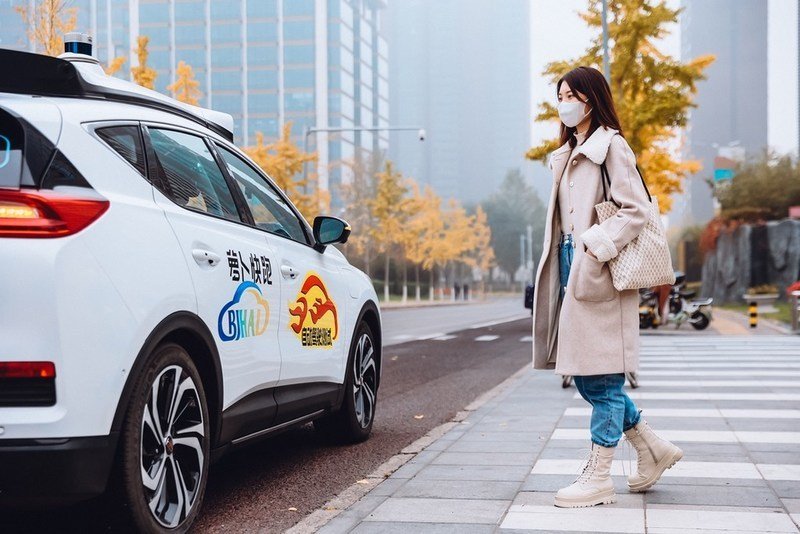 By Ryan Daws | 2nd March 2022 | TechForge Media
Ryan is a senior editor at TechForge Media with over a decade of experience covering the latest technology and interviewing leading industry figures. He can often be sighted at tech conferences with a strong coffee in one hand and a laptop in the other. If it’s geeky, he’s probably into it. Find him on Twitter: @Gadget_Ry

Chinese tech giant Baidu has set out plans to deploy robotaxis in 100 cities by 2030.

The roadmap was unveiled by CEO and Co-Founder Robin Li during Baidu’s Q4 2021 earnings call.

Revenues from Baidu Core increased 21 percent year-over-year in 2021, driven by a 71 percent increase in non-advertising revenue–showing the company is finding success away from its large ad business.

“Revenues from smart transportation have been growing rapidly and more than doubled in 2021 versus the prior year,” said Li.

Baidu clearly wants to build on its momentum with the ramping up of its robotaxi business.

“We believe that large-scale operation allows us to identify the problems that are not visible during the testing stage and also push ‘Level Four’ autonomous driving technology advancement.”

Li goes on to note that Apollo Go provided 213,000 rides and continues to almost double the number of rides it provides quarter-over-quarter.

Li believes the service “will gain further traction as more automakers recognise that partnering with Baidu is better than investing extensively in developing their in-house solution.”