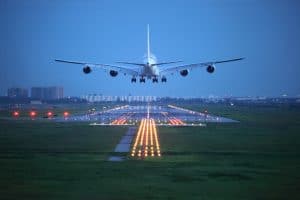 For now, telecoms will switch 5G on as planned after the delay but will avoid service near airports and runways over concerns about interference.

After refusing for weeks, AT&T and Verizon will roll back their plans to deploy 5G to allow further investigation into the safety impacts for aviation travel. The companies remain confident that both 5G and aviation can coexist but acknowledge that the rollout may take some extra time to ensure safety.

The Airlines for America group filed an emergency petition with the FCC to block the telecoms’ efforts to roll out 5G service. The groups settled on an initial two-week delay over the concern for possible interference with communications tools. The group represents airlines like American and Delta as well as freight companies like FedEx.

These groups planned to file an injunction for an outright block but will reassess now that the new January 19th rollout date has passed. The move originally prompted a request from Transportation Secretary Pete Buttigieg, and the delay will allow investigations into ways to minimize the impact of any potential interference.

Looking for a middle ground between deployment and safety

It’s not conclusively determined if the service would interfere with sensitive communication devices, but the groups intend to explore all possibilities to ensure the rollout happens as smoothly as possible. The telecom groups want to ramp up service for various use cases and still plan to meet deadlines for later this month.

For the moment, the telecoms will switch 5G on as planned after the delay but will avoid service near airports and runways over concerns about interference. Other countries remain concerned.

See also: Explainer: Why is 5G Highly Important for IoT?

Long-haul international carriers such as Emirates have already canceled and rerouted flights into the US after the new deadline. In particular, carriers will exercise extreme caution over the Boeing 777, citing potential sensitivities to interference from new 5G signals.

Domestic airlines remain concerned but state that the boundaries around 5G deployment could help avert flight cancellations and air catastrophes. The FAA has also issued new notices to help alleviate potential challenges during adverse weather conditions. At the moment, it looks as if airlines will continue the fight to block or delay 5G deployment until we better understand its impact.