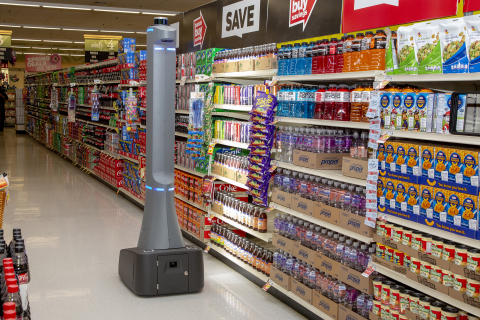 Could six-foot-tall, wirelessly-connected robots in grocery stores be one of the first viable 5G use cases? AT&T thinks it might be. At its AT&T Foundry in Plano, Texas, the service provider is working with robot manufacturer Badger Technologies to test robots in a 5G and multi-access edge computing (MEC) environment.

Today those robots are networked over the stores’ Wi-Fi connections, said Badger CEO Tim Rowland. The robots roam the aisles of grocery stores, checking for spills and other trip-and-fall hazards, and monitoring inventory levels. (As a side note, Rowland indicated that the robots startled some shoppers, so Badger fitted some of them out with googly eyes and a little smile).

Get the keys to unlock the full potential of 5G

Are you prepared to navigate the maze of challenges involved in deploying 5G infrastructure? F5 can guide you past the pitfalls and help you unlock the full promise of 5G. Download this whitepaper to learn how to navigate this challenge.

RELATED: 5G: Build it, and the use cases will come (hopefully)

The data that the robots collect is processed by computers on the robots, and sometimes data is sent outside of the store for processing in the cloud.

“In the tests with AT&T, we can process more information within the walls of the retailer,” said Rowland, referring to the MEC processing.

“There is a multi-access edge compute device that sits onsite at the Foundry,” said Phillip Hartfield, AT&T’s VP for retail industry marketing. “It allows compute to be taken off the robot and be processed locally on the customers’ premise as opposed to data going to a private or public cloud.”

The local data processing also gives Badger more control over what data travels beyond the walls of the store and what data stays onsite to address privacy and security concerns.

5G instead of Wi-Fi

Hartfield said in addition to using local processing, the trial is to prove the benefits of 5G for robotics and other applications that require higher speeds and lower latency than can be attained with Wi-Fi.  “One of the limitations of Wi-Fi is the number of concurrent connections,” said Hartfield. “5G is not going to replace Wi-Fi for consumer apps and public consumption. But, for things like Badger that consume vast amounts of data, 5G is going to be a better connectivity for those type of applications.”

Rowland said his company’s robots “could move a lot faster; but at 6-foot, 4-inches tall, we need to run them at a pace that’s comfortable for people to move around.”

Although the Dallas area of Texas is one of AT&T’s 5G markets, Hartfield said the trial at the AT&T Foundry is “very much a private 5G network” for the purposes of testing.” The Foundry uses 5G using millimeter wave spectrum.