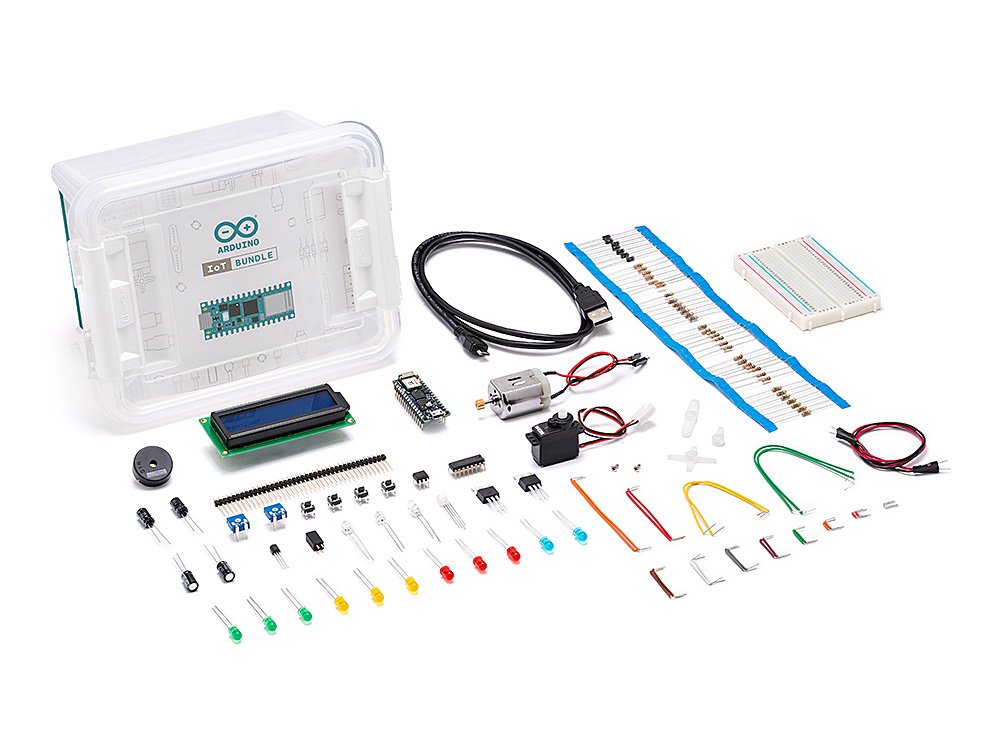 By Ryan Daws | 28th November 2022 | TechForge Media
Ryan is a senior editor at TechForge Media with over a decade of experience covering the latest technology and interviewing leading industry figures. He can often be sighted at tech conferences with a strong coffee in one hand and a laptop in the other. If it’s geeky, he’s probably into it. Find him on Twitter: @Gadget_Ry

Arduino has launched IoT Bundle—a kit that provides all the hardware, software, and components needed to build your own connected devices.

“Getting started with the IoT can be a daunting process. It requires a certain set of tools and a level of knowledge to take those first steps, but building your own connected IoT devices can be an incredibly rewarding process once you figure out the basics,” wrote Arduino in a blog post.

The hardware is based around the Arduino Nano RP2040 Connect, a board that brings the Raspberry Pi RP2040 microcontroller to the Nano form factor.

Arduino Nano RP2040 features a dual-core 32-bit Arm Cortex-M0+ processor and is accompanied by a U-blox Nina W102 module for Wi-Fi and Bluetooth connectivity. An onboard accelerometer, gyroscope, RGB LED, and microphone should help to provide all you’d need for your first IoT device.

Also included in the bundle are various components, including a temperature sensor, buttons and wires, servo motor, tilt sensor, and more.

Several example IoT projects have been included, such as:

More information about the Arduino IoT Bundle can be found here.