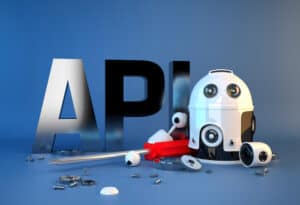 Companies will be hard-pressed to deal with APIs that change or are discontinued over time. All the more need for API lifecycle management.

For more than 70 years, De Beers has used the slogan “a diamond is forever” to convey the point that due to its strength and resilience, a diamond lasts forever. A recent announcement by Google Cloud about sunsetting its IoT APIs reminds us that, unlike diamonds, APIs can have relatively short lifespans. And as such, the news should force businesses to focus attention on the need for API lifecycle management.

What’s at stake? Google Cloud announced last week it would be retiring its IoT Core service in August of next year. After that point, access to the IoT Core Device Manager API will no longer be available. So, IoT devices using the service will be unable to connect to MQTT and HTTP bridges after that date.

The announcement was a shock to some customers, according to news reports. Some noted that it was a relatively short lifetime for something touted as an enterprise service. Google IoT Core was only launched in 2017 as a managed service for device connection and management. Shutting it down next year gives it a lifespan of six years. In contrast, consider that IBM MQ, IBM’s family of message-oriented middleware, was launched in 1993.

Google Cloud customers will be denied basic capabilities when the service is shut down. They will no longer be able to connect, manage, and ingest data from globally dispersed IoT devices. Beyond pure data access, one of the synergistic benefits of using the service was that it allowed users to easily leverage other Google data tools, including BigQuery, Cloud Dataflow, Cloud Bigtable, ML, and Google Data Studio.

Broad implications for applications based on APIs

The sunsetting of the Google IoT Core service will impact about 70 customers, according to some accounts. And Google says there are solutions and companies within its ecosystem that can help businesses with the needed connectivity.

But it brings up an issue that extends to most businesses. Specifically, APIs are now widely used as the digital glue connecting all of an organization’s components together. The use of APIs can improve the speed and ease of software development and speed integration by reducing the amount of new code that needs to be written to access and connect different applications, services, and data. As such, they are the heart of most new application development efforts and are critical in driving digital transformation.

The Google news hammers home an important point. With APIs playing such a vital role, API management is critical. Why? The number of APIs every business deals with keeps growing. And, as the sunsetting of the service shows, APIs have lifecycles and thus require lifecycle management. (The different API phases include planning and design, development (creation), testing, deployment and use, and retirement.)

Not surprisingly, industry experts predict a strong market for API management solutions. One recent study predicts that the global API management market will grow at a Compound Annual Growth Rate (CAGR) of 32.9% from 2022 To 2032.

Tying it back to the forever theme

Modern applications are very complex. It is hard to know what basic elements go into the application as a whole. That point was sadly realized late last year with the discovered vulnerability in Apache’s Log4j software library. At the time, some security experts claimed it was the most serious vulnerability they had seen in their decades-long careers.

Businesses were frustrated because the library and many of its routines were widely used and embedded into many other software libraries and applications. Finding where it was used within an application was an incredible challenge.

Similarly, companies will be hard-pressed to deal with APIs that change over time. That would include if one is found to be vulnerable to cyberattacks or, as is the case with the Google news, an API service that has worked for several years is shut down. All of this brings us back to the need for API lifecycle management.