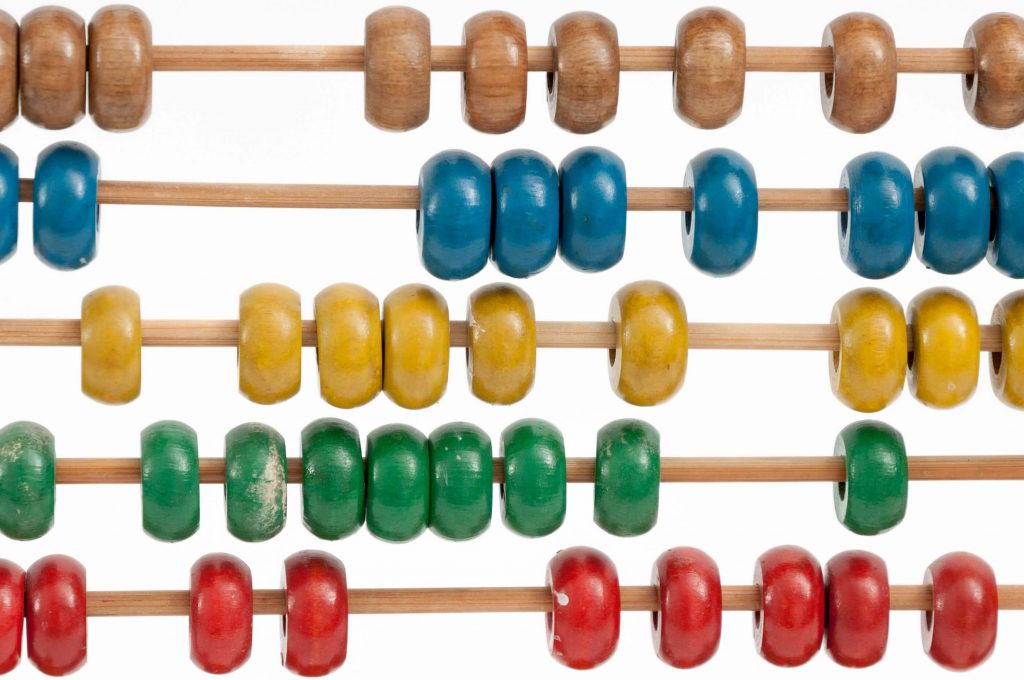 To better understand the technologies organizations are investing in over the next 12 months, Forrester combined industry research with insights from its analysts and clients to develop a list of the top 10 emerging technologies in 2022.

“The issue is the firms that are achieving outsized growth are a very small fraction of all firms,” said Hopkins. “The latest number we have is about 3%.”

Nearly one in four organizations (37%) fall into what Forrester calls the “modern” category. These firms are engaged in significant digital transformation and IT modernization efforts but may not be looking at cutting-edge technologies such as Turing bots or zero-trust edge just yet (more on those below).

Most organizations (59%) fall into Forrester’s mainstream “traditional” category. These firms tend not to be early adopters, but, according to Hopkins, they achieve significant ROI from more mature technologies, such as cloud-native computing or natural-language processing (NLP).

“If you’re a traditional firm, those things that [return ROI in] five-plus years are too far out for you,” said Hopkins. “If you’re in that 37% modern [category], or—even better—the 3% future-fit, you can be a lot more aggressive in the way that you pilot and experiment in the implementation of these technologies.”

Regardless of category, most organizations will realize some business benefit or achieve an innovation goal from each of the 10 technologies on the following list. Most CIOs (65%) say their firms will be investing in at least some of them over the coming 12 months.

According to the report, two emerging technologies can benefit all organizations regardless of category or maturity: cloud-native computing and NLP.

“Cloud-native computing and natural-language processing . . . a lot of firms are just now picking up on those things,” said Hopkins. “For the mainstream company, those things are delivering ROI.”

Designing software to run in cloud environments is nothing new. Enterprises are using cloud-native computing to modernize their application portfolios and innovate at the network to improve customer experiences and engagement.

“Enterprises looking to modernize core applications or innovate customer experiences with high-performance applications at the edge will see the biggest impacts going forward,” reads the report.

Even though cloud has been around for years, however, it is still not universally used. According to the report, 65% of businesses said they are adopting cloud-native computing, and 16% said they are planning to adopt it soon.

NLP is another rapidly maturing technology that is showing near-term positive ROI.

But NLP is about more than just catering to customers. According to the report, NLP serves as the cornerstone of many digital-transformation efforts, because it bridges the gap between text mining, natural-language understanding (NLU), and natural-language generation (NLG).

Edge intelligence is the capability of capturing more data from edge devices, applications, and users to improve real-time insights and intelligence.

Forrester sees three different edges, said Hopkins. “Each edge has its own unique set of characteristics. All of these edges are outside the data center or the cloud.”

There’s the engagement edge, which is composed of things such as content-delivery networks and smart-home IoT. The enterprise edge comprises a data fabric that connects tier-1 data centers to distributed sites in second- and third-tier cities—and that also host and run enterprise applications such as ERP and CRM. And the telco edge is the telecommunications backbone that helps all edge networks, applications, and devices to run and communicate more efficiently.

As with edge computing, the goal of edge intelligence is to localize and personalize the customer experience—particularly when it comes to processing video, images, and sensor data.

Explainable AI (XAI), as Forrester defines it, is a collection of processes and techniques designed to ensure that people understand AI systems. Specifically, XAI works by building a surrogate of an AI model that approximates its inner workings.

“The big issue with AI today is companies don’t trust it,” said Hopkins. “We think explainable AI technology, as a component of a responsible AI program, is going to be the thing that really makes AI happen.”

According to the report, XAI increases trust by allowing humans to understand what is going on behind the scenes of an AI process. This understanding is thought to increase trust.

Still, this is not a particularly popular set of technologies at the moment. Only about a quarter of survey respondents intend to field XAI tech in the near term. This may change, however, in the wake of the EU’s Artificial Intelligence Act, which will require various levels of explainability for AI use cases when it goes into effect (anticipated late 2022 or early 2023).

Forrester defines IAs as “software that can make decisions or perform a service based on its environment, user input, and experiences.” Similar to bots and robotic process automation (RPA) technologies, IAs can be deployed using a combination of RPA, digital process automation (DPA), business rules, machine learning (ML), NLP, and conversational AI. As such, IAs can support self-service and conversational virtual agents.

“RPA bots that are using machine learning to create digital workers . . . are a precursor form of an intelligent agent,” said Hopkins. “They can go get work done across multiple business areas by synthesizing data, reading free text, and making decisions based on the models they’ve been trained on, not just a set of rules or heuristics.”

The goal of IA is to improve customer experience (CX) by triggering events as directed by a human (for instance, the way Amazon’s Alexa and Apple’s Siri do) or automatically. This tech is slow-growing given that many of the technologies involved—such as AI, NLP, RPA, chatbots, etc.—are still maturing, according to the report.

“PPTs are quickly becoming popular with high-risk, high-value use-cases whose core is the processing of strictly regulated personal data,” reads the report.

Indeed, PPTs are growing exponentially as states and countries around the globe scrutinize and regulate how companies handle personal information. According to the report, 68% of surveyed IT decision makers are investing in PPTs.

Forrester’s expects four technologies on list to not yield significant ROI for five years or more—or they may never pay off. Mainstream and modern firms should approach these technologies with caution.

“For example, Web3 is more vision and hype than reality; AIs that code (TuringBots) are still in their infancy. AR and VR need time to merge into extended reality. Finally, Zero Trust edge is highly technical, complex, and in the early stage,” the report said.

Forrester defines extended reality (XR) “as technology that overlays computer imagery over a person’s field of vision to create a new understanding of physical reality.” It is being used in real-world scenarios such as helping remote field workers do their jobs better and training technicians on the factory floor. In general, however, use cases outside of gaming and higher education are limited, according to the report; so too with the availability of suitable hardware.

What makes something AR and not VR is the ratio of digital to real-world elements. VR is an example of 100% immersion into the digital realm. When VR and AR are combined with interactive technologies that allow user to interface with the digital world and trigger events or processes, it is called MR.

For most users, the differences between VR, AR, MR, and XR will largely be semantic.

“Extended reality (XR) is an umbrella term that encompasses any sort of technology that alters reality by adding digital elements to the physical or real-world environment by any extent, blurring the line between the physical and the digital world,” according to Laia Tremosa, a senior content strategist at the Interaction Design Foundation.

Depending on how it is accessed (via a VR headset, for example), something like the emerging metaverse would be an example of highly immersive XR. That said, the metaverse specifically, in and of itself, remains a more questionable proposition than does XR in general, according to Hopkins.

“Because we’re getting a lot of questions about metaverse, we looked at it, and we don’t think metaverse belongs in our top 10 because the metaverse doesn’t exist yet,” said Hopkins. “There are metaverse-precursor technologies like extended reality and Web3 which are in our top 10.”

Forrester defines Web3 as “a concept that promises a World Wide Web that isn’t dominated by big tech or other established firms, like banks.” This decentralized, egalitarian vision of the Internet is many years away, however; Web3 is still in the development and experimentation stage. Outside of some B2C firms that are experimenting with consumer-facing NFTs, Web3 games such as The Sandbox, and virtual worlds such as Decentraland, a killer app that can drive consumer adoption and vendor innovation has yet to emerge.

According to Forrester, there are many technical hurdles remaining for Web3, including:

At the moment, the hype around Web3 is being generated by investors who have sunk over $30 billion into Web3 startups since 2021. Forrester warns in its report not to expect much from it any time soon in terms of real-world application or ROI.

“This technology has no benefit today, and it is not clear yet how it will develop,” reads the report.

Forrester defines Turing bots as “AI-powered software that can help and augment developers and their teams’ intelligence and ability to design, build, change, test and refactor software code and applications in automatic and autonomous ways.”

Turning bots are designed to take over code testing and the other mundane, rote work of building software from unified modeling language (UML) code samples through to a wireframe of the applications. Developers can then spend their time adding higher-level functionality to the base code created by the Turing bot. In theory, this is software creating software (sometimes via real-time voice commands from users)—but it is not SkyNet, said Hopkins.

“We actually do believe that machine-learning algorithms can learn to generate code under certain circumstances where we have a well-defined architecture in a readable language like UML,” said Hopkins. “You could call a machine-learning algorithm to try 50 million different ways to find the one set of code that works based on a set of parameters.”

The concept of zero-trust edge (ZTE) extends the zero-trust approach to corporate-network security out to the network edge. In concept, ZTE and zero trust are the same approach to securing the enterprise. By leveraging software-defined networking (SDN), however, ZTE pushes capabilities that go well beyond simple authentication out to edge devices and networks.

Widespread use of the technologies involved, such as next-generation meshed software and hardware, is at least five years away. Organizations with large remote workforces and distributed points of presence, such as retail and banks, will see the biggest benefits.